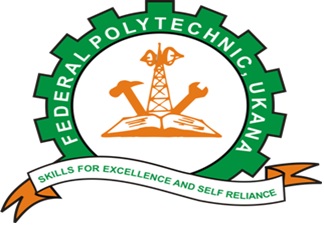 The Federal Polytechnic, Ukana Tuesday held a Solemn Assembly to formally hand the Institution to God for direction and protection for the year 2020.

The event which took place at the GNS Hall of the Annex Campus had in attendance principal officers, management and staff of the Polytechnic.

In his opening remarks, the Rector of the Institution, Dr. Uduak Sunday Ukekpe, said the religious converge was to formally hand over the affairs of the Institution to God for His protection, direction and and provision. Represented by the Deputy Rector, Mr.Edet Elijah Etuk, the Rector said with the exercise, the Polytechnic was repositioned for greater exploits in the new year. According to him, the new year will witness tremendous achievements in the area of capacity building of staff, accreditation of more academic programmes and infrastructural expansion.
He called on staff members to remain focused and committed to their assigned duties and responsibilities.

The Polytechnic boss used the occasion to advice staff to pursue educational advancement through the various window of opportunities opened to them.

Preaching during the service, Reverend Emmanuel Ekere of the African Church, said God was about to do new things in the life of Christians in the year 2020. Reading from Isaiah 43 v 14-19, the clergy called on Christians to develop positive attitude in their daily living to be able to attract God’s blessings in the new year. He called for commitment and dedication in whatever they do.

The man of God thanked the management of the Polytechnic for recognising God in the scheme of things, stressing that it was a sign of good things to come to the Polytechnic.

Highpoint of the service was special prayers for the Polytechnic, staff, students and the host communities.